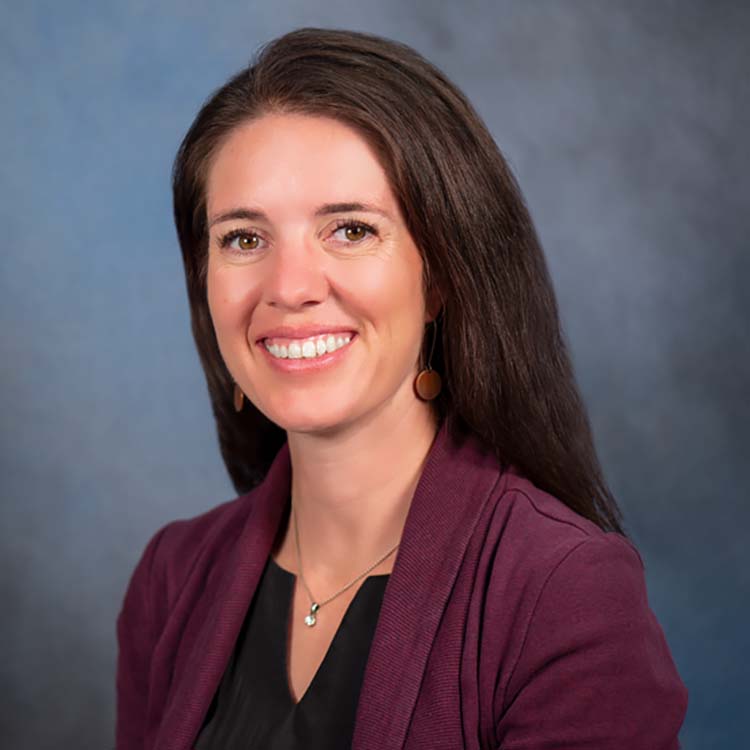 Anne grew up in Colorado and moved through her training from College in Philadelphia to Medical School at Stanford and then Residency at University at Utah. As a mountaineering guide she had fallen in love with Alaska and after residency in Emergency Medicine became lucky enough to call Alaska home.

Not only does she love people and the place, but also the medicine. Alaska is a small, isolated microcosm on the US health care where certain forces like the distance, lack of referral centers, and community involvement help create better systems of care that are directly related to bedside care. She quickly became involved in helping improve systems of care as the medical director of her group, then in her hospital and with state and federal legislation, including state legislation to improve care coordination, opioid addiction treatment option, integration between private systems and the VA, DOD, and IHS facilities and more.

Dr. Zink had the honor of becoming the State of Alaska Chief Medical Officer in July 2019. In all the work she does, she strives to create work environments, policies, and practices that are data-driven, foster collaboration and build system efficiencies that put patients first. 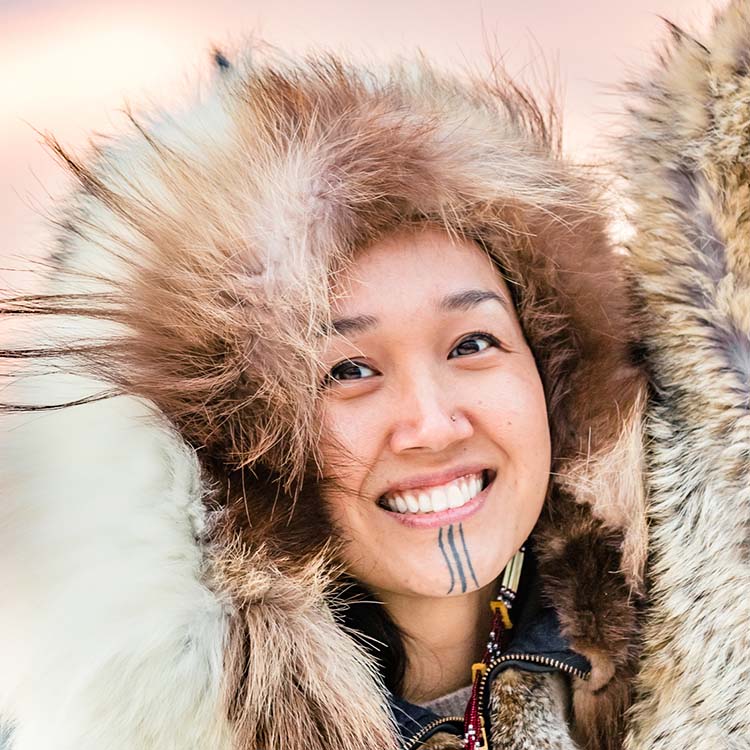 Charlene is Iñupiaq, her family is from White Mountain and Golovin, AK. She is mother to Evan Lukluan. Charlene has served in many spaces as an advocate for Indigenous womxn, Indigenous sovereignty, climate justice and Indigenous rights to health and wellbeing. Charlene is a lifelong learner in both her cultural traditions and decolonizing academia. She earned her B.A in American Ethnic Studies with a minor in Gender, Women & Sexuality Studies, an M.A in Alaska Native Studies and Rural Development and PhD in Indigenous Studies.

Previous to her current positions she worked in tribal health as a researcher serving Alaska Native and American Indian peoples. Charlene gratefully resides in Anchorage on the territories of the Dena’ina peoples. Here she has taught the Iñupiaq language and is part of Kingikmuit dance group with her son son. 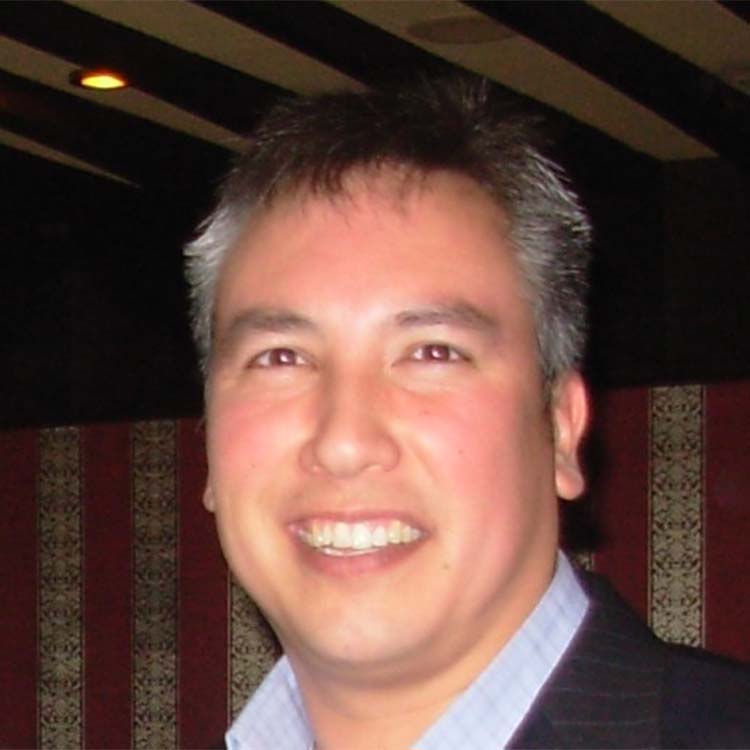 Dan is Deg Hit’an Athabascan Indian from Anchorage with family originally from Shageluk and McGrath, Alaska. Dan is an enrolled member of the Shageluk Native Village, I.R.A. Tribe.

Dan is President & CEO for the Yukon-Kuskokwim Health Corporation (YKHC) located in Bethel, Alaska. YKHC is a tribal health organization of 58 tribes from the Yukon-Kuskokwim region that operates 42 village clinics, 5 sub regional clinics, an 18 bed skilled-nursing home and a hospital comprising 1,400 employees with an annual budget over $200 million. YKHC also is a 50% owner/operator with Providence Alaska of LifeMed Alaska. 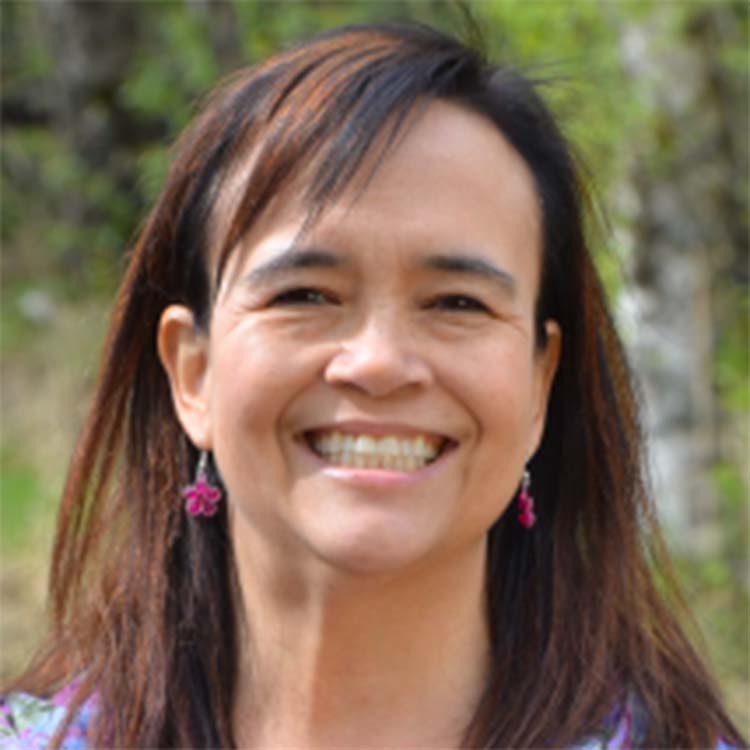 Denise Dillard is Inupiaq Eskimo and was born in Fairbanks and raised in Anchorage. She has conducted post-doctoral quantitative and qualitative research since 1998 and is a licensed psychologist. She oversees the direction of research projects in behavioral health, cancer, pharmacogenetics, health disparities, patient-centered outcomes, and other areas.

She works with Southcentral Foundation’s Board of Directors as they review research involving the Alaska Native community and serves on the Alaska Area Institutional Review Board. She has a son, Reid, and is close to her family. She enjoys spending time camping, fishing, quilting, going to hot yoga, and attending her son’s baseball games. 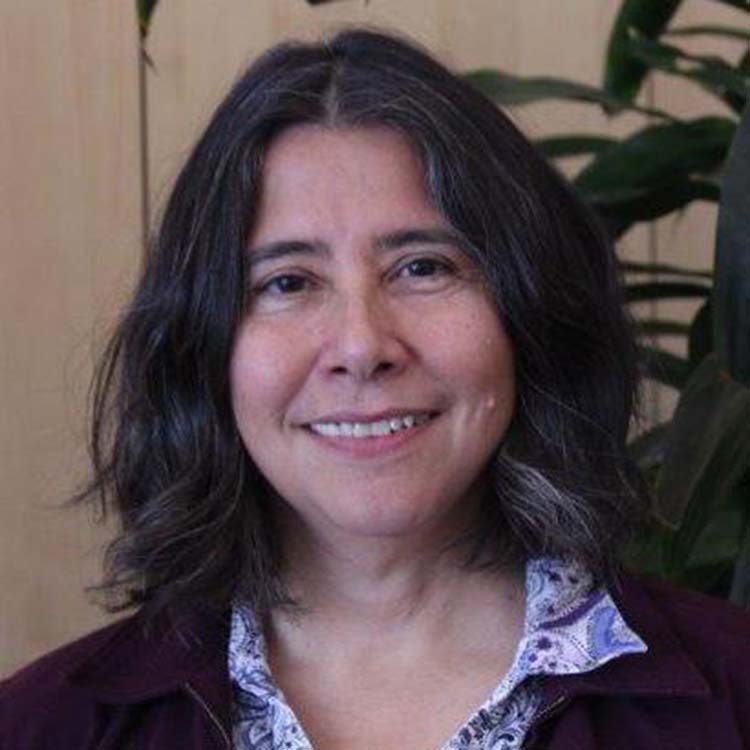 Under Donna’s guidance, the organization achieved a Level 3 NCQA (National Committee for Quality Assurance) Patient Centered Medical Home status for high-quality health care improvement. Her leadership was essential in helping SCF achieve HEDIS outcomes between the 75th and 90th percentile for many of its services and the Malcolm Baldrige National Quality Award for performance excellence in 2011 and 2017. 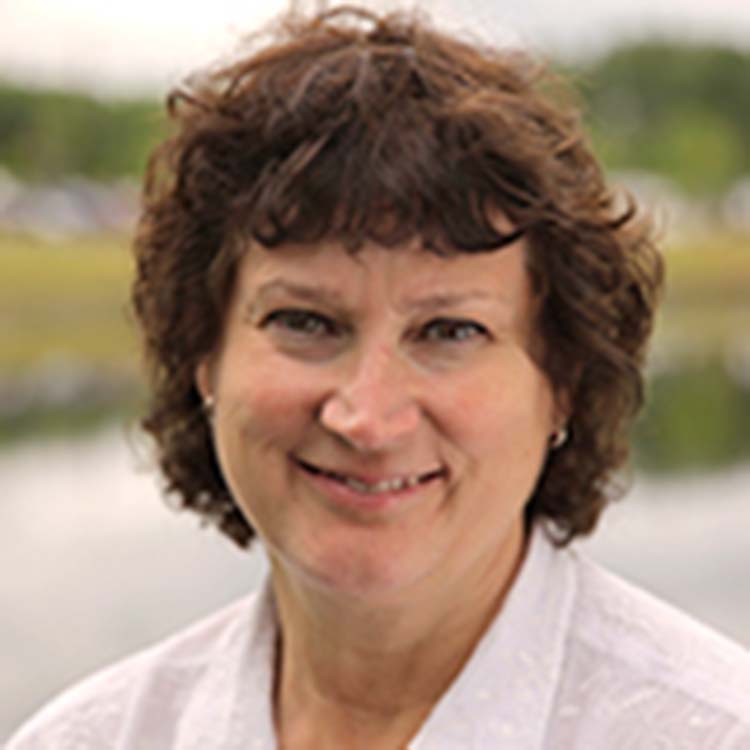 Dr. Ellen Provost has made a career-long commitment to improve health outcomes for the Alaska Native population. She started her career as a US Public Health Service General Medical Officer in Bethel, Alaska.

Over her ten years (1990-2000) in Bethel, Alaska, she served as a General Medical Officer, Community Health Aide Program Medical Director, and Corporate Health Planner. In 2000, she joined the Alaska Native Tribal Health Consortium (ANTHC), where she has dedicated the last 20 years of her career to achieving the ANTHC vision of Alaska Native people being the healthiest people in the world.

Since 2005, Dr. Provost has served as the Director of the Alaska Native Epidemiology Center (EpiCenter) (http://anthctoday.org/epicenter), one of the twelve tribal epidemiology centers serving Indian Country across the US. The EpiCenter focuses on cancer surveillance, chronic disease prevention and control, and using data to improve health. Her work has included program development, implementation, evaluation, and research.

During 2020, Dr. Provost served in the Incident Command System at ANTHC. As a member of the ANTHC Situation Unit, she provided technical assistance and coordinated the provision of COVID-19 related data access and reporting, predictive modeling, and the use of syndromic surveillance for various members of the Alaska Tribal Health System. 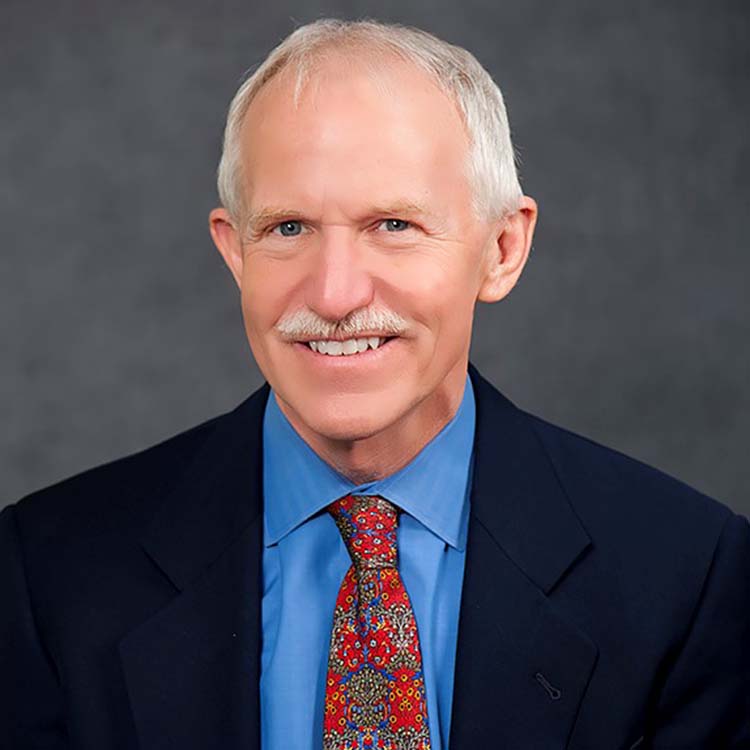 Jay C. Butler, MD is Deputy Director for Infectious Diseases at CDC. Dr. Butler has 30 years of experience in increasingly complex public health leadership and management positions. He graduated from North Carolina State University with a BS in zoology, received his MD at the University of North Carolina, and did internship and residency training in medicine and pediatrics at Vanderbilt.

After completing CDC’s Epidemic Intelligence Service in the Wisconsin Division of Health, Dr. Butler completed a preventive medicine residency with the Respiratory Diseases Branch in the National Center for Infectious Diseases, and an infectious disease fellowship at Emory University. He is board certified in medicine, pediatrics and infectious diseases, and has served in public health positions at federal, state, and tribal government, including completing more than 22 years in the Commissioned Corps of the US Public Health Service, from which he retired at the level of Captain (Medical Director) in 2012.

From 1998-2005, Dr. Butler was Director of CDC’s Arctic Investigations Program and from June 2009 to March 2010 he directed CDC’s 2009 H1N1 Pandemic Vaccine Task Force, which achieved emergency vaccination of more than 80 million Americans. He held leadership roles in multiple emergency responses, including CDC’s response to bioterrorist anthrax in 2001, the SARS outbreak in 2003, and Incident Manager for the CDC COVID-19 response in May and June of 2020. Dr. Butler has also held multiple leadership roles in Alaska, including Chief Medical Officer for the Alaska Department of Health and Social Services (2014-2019 and 2007-2009), State Epidemiologist (2005-2007), and Senior Director of the Division of Community Health Services for the Alaska Native Tribal Health Consortium (2010-2014). He hosted a weekly hour-long call-in radio show, Line One, Your Health Connection, carried statewide on the Alaska Public Radio Network in 2018 and early 2019. He loves outdoor activities and has been a volunteer race official for Nordic ski events, including serving as Chief of Finish at the 2010 US Olympic Trials in Anchorage, AK. He was President of the Association of State and Territorial Health Officials in 2016-2017 and has made important contributions to public health approaches to reducing harms associated with addiction. 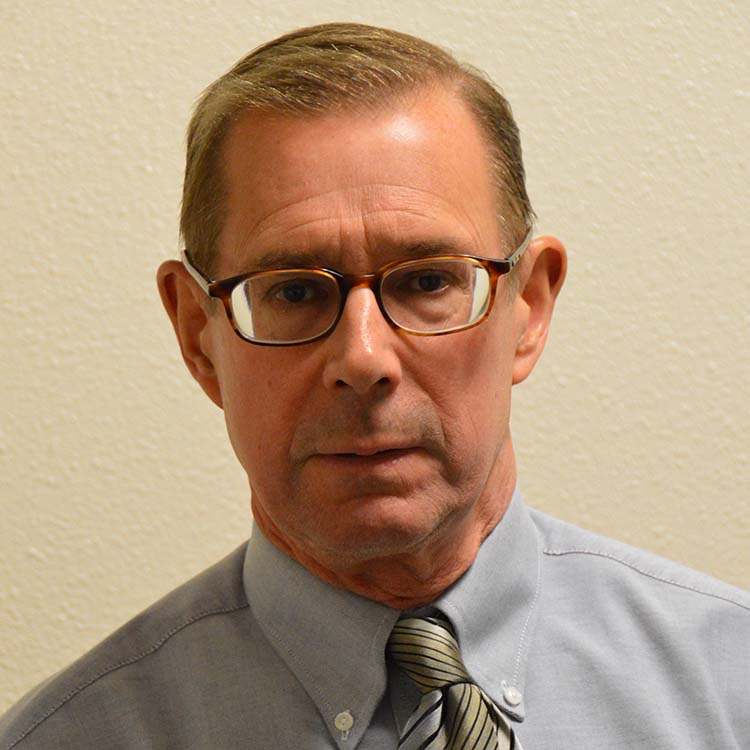 John Walsh is the Chief Scientist of the International Research Center and President’s Professor of Global Change at the University of Alaska, Fairbanks. He is also the Co-Director of the Alaska Center for Climate Assessment and Policy. His research has addressed arctic climate and weather variability, both as observed historically and predicted for the future.

Walsh was a lead author for the 2014 U.S. National Climate Assessment and for the Fourth Assessment Report of the Intergovernmental Panel on Climate Change. He currently chairs the Climate Expert Group of the Arctic Monitoring and Assessment Program. Prior to moving to Alaska in 2003, he spent 30 years on the faculty of the Department of Atmospheric Sciences at the University of Illinois. He has co-authored a textbook, Severe and Hazardous Weather. Walsh received a B.S. in Mathematics from Dartmouth College and a Ph.D. in Meteorology from the Massachusetts Institute of Technology.. 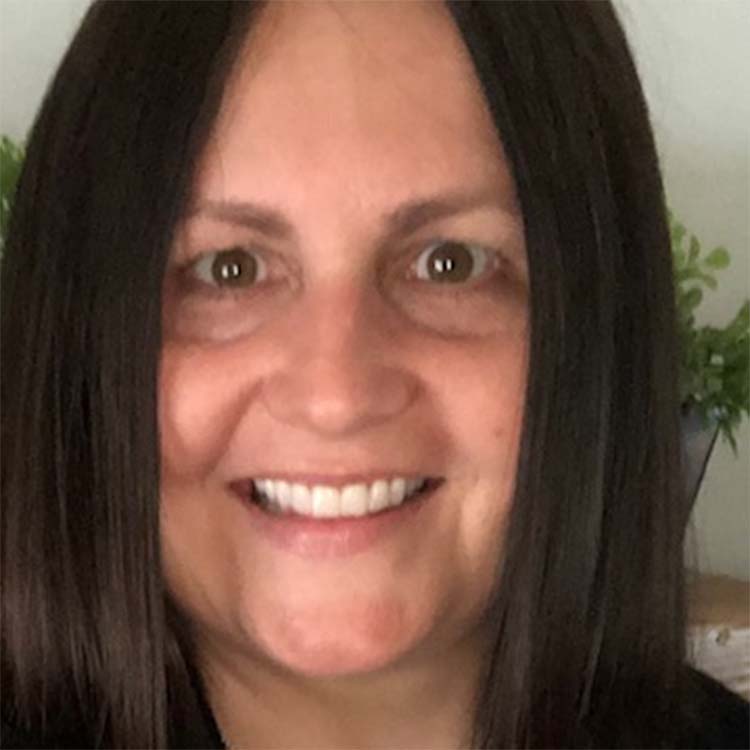 Michelle Aregood is Director of Quality Assurance for Southcentral Foundation (SCF). She joined SCF in 2007. Her background in health care spans more than 20 years, including 15 in quality assurance. She studied nursing at the University of Montana, and is also a certified phlebotomist. She maintains a CPHQ.

Michelle is responsible for developing, implementing, and monitoring quality assurance policies and procedures, and controls corporate-wide. Her team ensures the execution of activities that maintain performance standards and guarantee the organization’s quality management program complies with local, state, and federal regulations related to accreditation, risk management, safety and security, employee health, infection control, and legal requests. She also oversees all facets of insurance coverage for the organization. 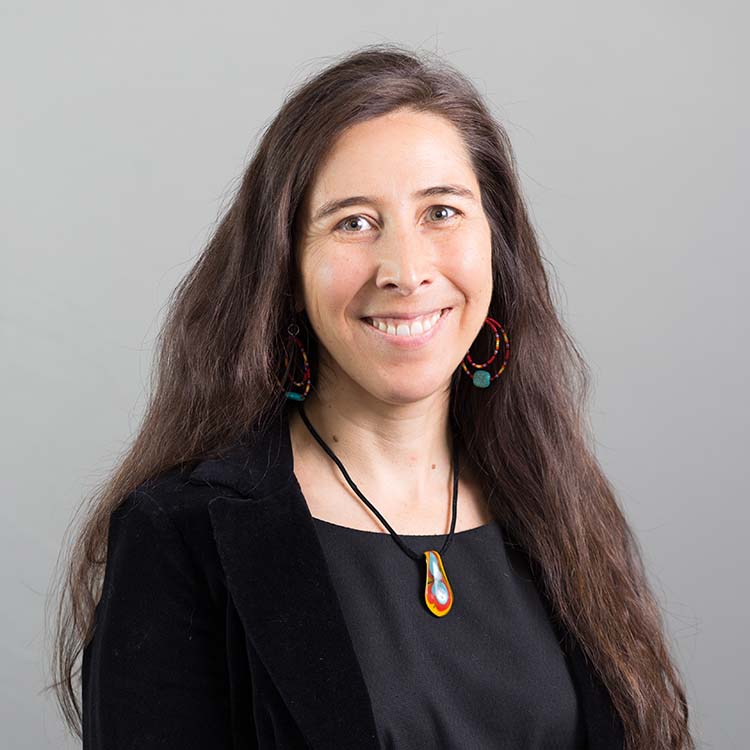 Dr. Stephanie Russo Carroll is Ahtna, a citizen of the Native Village of Kluti-Kaah in Alaska, and of Sicilian-decent. She is the Assistant Professor of Public Health and the Associate Director for the Native Nations Institute at the University of Arizona. Stephanie’s research explores the links between Indigenous governance, data, the environment, and community wellness. 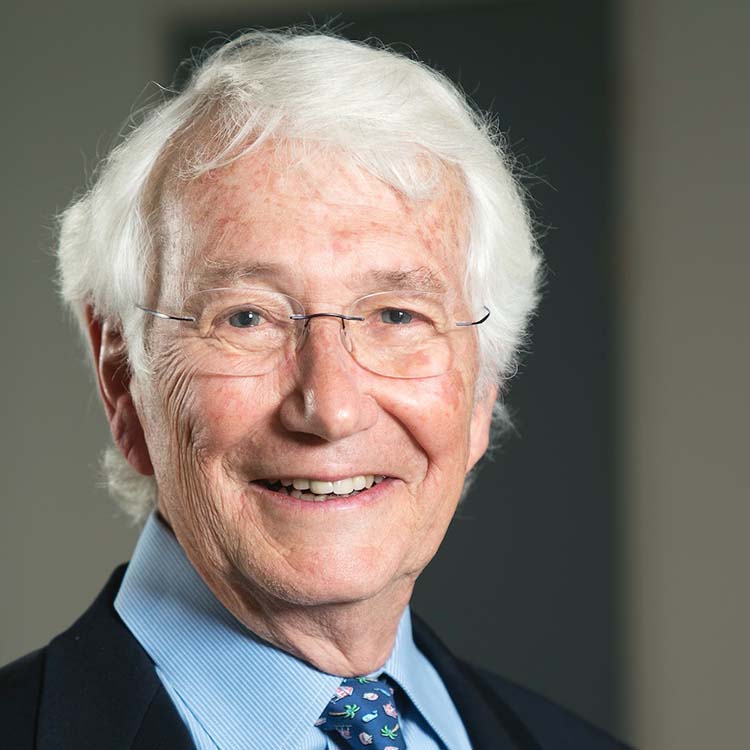 Professor of Medicine, University of Pittsburgh in the Division of Gastroenterology, Hepatology, and Nutrition and Director of the African Microbiome Institute (AMI), Stellenbosch University in South Africa

Prof. Stephen J.D. O’Keefe, Professor of Medicine at the University of Pittsburgh in the Division of Gastroenterology, Hepatology, and Nutrition and Director of the African Microbiome Institute (AMI) at Stellenbosch University in South Africa is an internationally renowned researcher with some forty years’ experience in nutritional gastroenterology.

He was born in Johannesburg and raised in Zambia where his interest in nutritional medicine was kindled by visits to rural health clinics with his father, a doctor in the health service. This interest lead to training in Medicine (Guy’s Hospital, London) and Human Nutrition (London School of Hygiene and Tropical Medicine), followed by Internal Medicine and Gastroenterology at Oxford and King’s College Hospital, and a fellowship in Nutrition at Harvard and the Massachusetts Institute of Technology.

He has spent nearly 30 years in the USA working as a clinical gastroenterologist and scientist supported by NIH R01 awards for his studies on the physiological effects of enteral feedings on pancreatic enzyme synthesis in humans, and most recently the role of diet, the microbiome and its metabolites in determining colon cancer risk in multiple populations, including Alaska Native people, African Americans, and rural South Africans. His collaboration with Alaskan, South African, British, Dutch, and American researchers has led to novel findings on colonic microbiome that explain why rural Africans rarely get colon cancer while African Americans suffer the highest incidence in the continental USA and Alaska Native people have the highest recorded rate of colon cancer in the world. 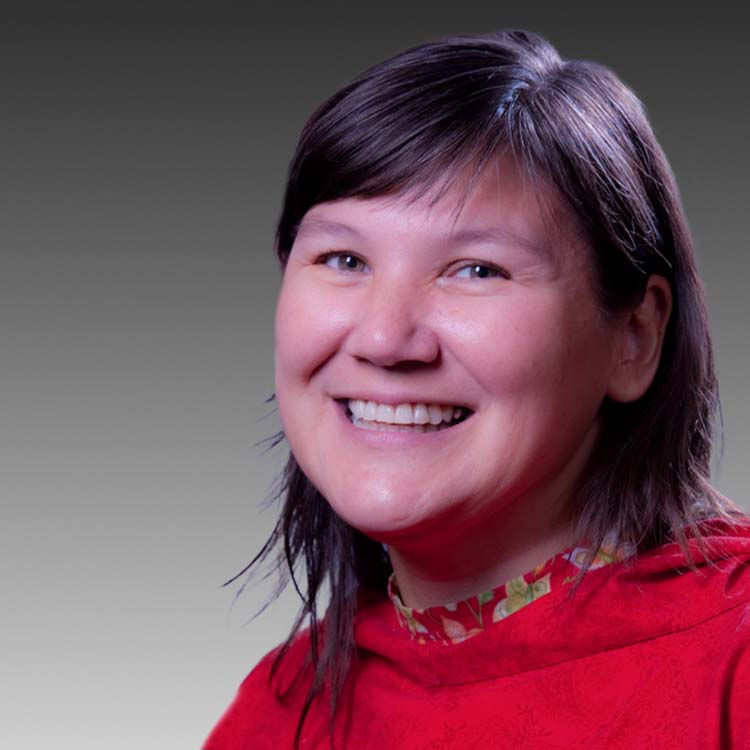 Valerie Nurr’araaluk Davidson, a Yup’ik and enrolled tribal member of the Orutsaramiut Traditional Native Council of Bethel, serves as the 12th President of the Alaska Pacific University (APU), its first female president. She joined the university after a distinguished career in health care administration, policy, governance, and advocacy.

Recently, taking a leave of absence from APU, Davidson was named the Interim President of the Alaska Native Tribal Health Consortium. Davidson previously served as Commissioner of the Alaska Department of Health & Social Services, where she implemented Medicaid Expansion, Medicaid Reform, and the Alaska Tribal Child Welfare Compact. Davidson later served as Alaska’s first Alaska Native female Lieutenant Governor in the final weeks of the Walker Administration. Davidson previously served as Senior Director of Legal & Intergovernmental Affairs for the Alaska Native Tribal Health Consortium and Chair of the Tribal Technical Advisory Group to the Centers for Medicare and Medicaid Services.
Speakers are constantly added to this conference. Please check back for updates